How Nike is Making Big Strides with Nike ID

Nike ID is helping Nike’s push for greater profits. By using this service they can market to the masses. Learn how they did it.

Imagine this, on a cold, blustery winter’s day during the month of November, Jimmy, a self-employed Athens apartment carpenter, walked into the Verizon Wireless store to choose a new phone since he is up for a contract renewal.

After waiting twenty long months and one mangled flip phone later, he has decided he wants to hop on the smartphone bandwagon after he learned there are apps that pay you to walk! Another main reason he is pursuing the smartphone is mainly to have quick access to the Internet while at work to check on availability of different items at the local hardware stores and home improvement depots.

As Jimmy is trying to select a phone from the vast selection of phones, he cannot make up his mind.  He does not want to pay the extra fees attached to having 4G service, but to have a keyboard he must pay for the 4G service.  Another inconvenience is the fact none of the sturdy, less expensive phones that are 3G have a keyboard.  To his disappointment, he purchases an expensive 4G phone with a keyboard, but since the phone is not heavy-duty he will be paying $100 for a new phone if he breaks it.

Jimmy is only 33% satisfied with his purchase. What could the phone industry do to boost Jimmy’s level of satisfaction?  Mass customization is a simple, but the very complex answer to Jimmy’s problem and many customers’ problems around the world.

Want to Earn Some Easy Cash?

Mass customization should not be confused with custom-made.  Mass customized products may still be manufactured in relatively large quantities. However, each item may be slightly different based on the needs and desires of the individual customers. The overall goal of mass customization is to satisfy the wants of a consumer. The goal for mass customization is still similar to mass production, in that it is still producing a large amount at a sufficiently low cost.

Nike ran with this concept by launching its version of mass customization through its NIKEiD service. In essence, customers are able to personalize and design their own Nike merchandise. Nike Inc. decided to bring mass customization to the web in November 1999. NIKEiD outlets were also opened across the world including the United States, United Kingdom, Germany, Spain, China, and France.

The company centered the majority of their effort towards footwear rather than its clothing line. This decision was made based on the company’s large following of sneaker heads, which is a person who owns multiple pairs of sneakers as a form of collection and fashion. Accordingly, it’s not a surprise that the experience for enthusiasts personalizing their own Nike footwear would be a pleasurable one.

The approach NIKEiD uses to allow customers to individualize their merchandise is interactive and simple. For instance, if a customer wanted to customize their own running shoe they would go through the different layers of a running shoe and choose colors and textures. There are about a dozen colors to choose from. First, customers are able to customize the color of the overlay, then about a dozen more different parts of the shoe can be customized. From the color of the Nike swoosh to the color of the midsole rim. The process is engaging and it is remarkable how easy it is to navigate through the site. For this service, Nike charged the regular price of the shoe template used plus a 10-dollar custom design fee plus shipping charges. The delivery of the shoe is advertised as being within three weeks for the US market.

It seemed inevitable that NIKEiD would be successful service by using the concept of mass customization and curtailing it towards its consumer base. NIKEiD does a great job of building a relationship with the customer and the product. Fans are able to express themselves and are given a unique customization experience. They are given an opportunity to interact with the look and feel of their sneakers and personalize it.  This service has proven to be a revenue-generating service since being implemented Nike’s market share has grown exponentially since early 1999. Nike has proven that mass customization can be a real driver of revenue. It is not surprising that other sneaker companies followed suit. Several competitors offered similar services such as Reebok International, New Balance Athletic Shoe, AP Review Book, and Adidas.

Although for Adidas the journey of mass customization had started many years ago before Nike launched its website. The company provided tailored made shoes for top athletes.

Wrapping It All Up

Mass Customization, defined as the ability to satisfy the particular needs and wants of individual customers at prices below those of mass-produced products and services that only approximate the wishes of many customers in large market niches.

In essence, it is the ability to provide the customer whatever they want, whenever they want it, wherever they want it and however they want it. It is thought of a competitive advantage for a vast amount of different companies in different industries. In addition, there have been numerous companies that revolutionized the concept of mass customization and a great marketing strategy. 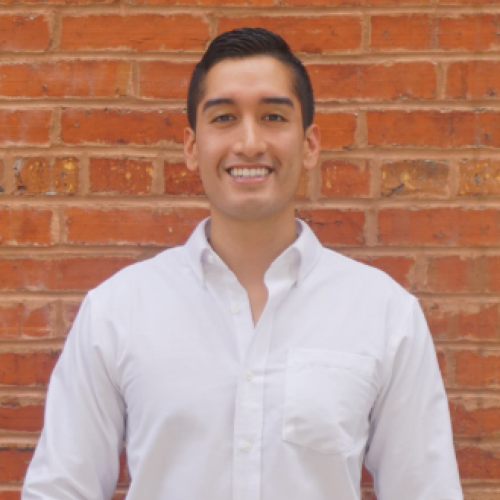 Brian Meiggs
Brian is the founder of MeiggsMedia and has a love for digital marketing, entrepreneurship, and personal finance. Brian has been quoted in several online publications, including Yahoo! Finance, NASDAQ, MSN, AOL, Discover, GOBankingRates, Student Loan Hero and more. When not helping others reach their goals, Brian can be found at the gym, traveling, exploring Washington DC, or helping bloggers, entrepreneurs, and small businesses succeed at MeiggsMedia.

The Role of Social Media in your Digital Marketing Strategy

People only use social media to connect with others right? Wrong! While the primary use of social media is to make connections, it is also a lucrative avenue that you can use to smile all the...